With a record 80,000 pre-sold tickets ‘Auschwitz. Not long ago. Not far away’ exhibition opened today at Union Station and will stay in Kansas City until mid January 2022.

Kansas City, MO – June 14, 2021 – Today, on the 81st anniversary of the first transport of 728 Polish men to the German Nazi Auschwitz camp in 1940, Union Station opened the most comprehensive exhibition dedicated to the history of Auschwitz and its role in the Holocaust ever offered in North America. 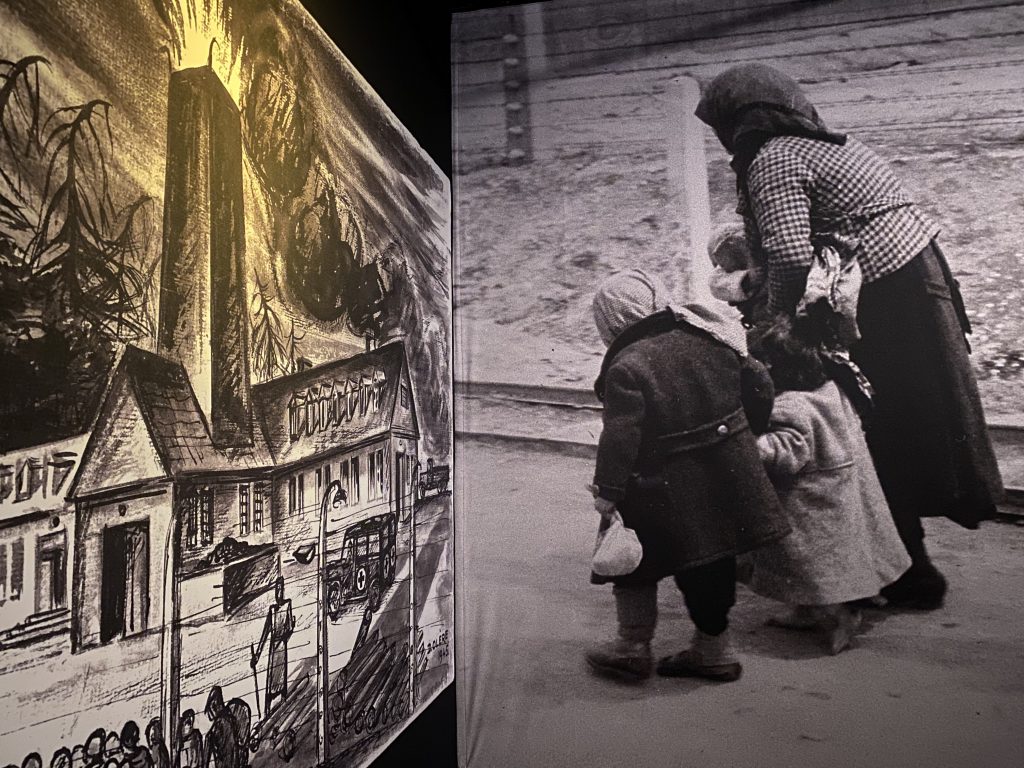 “Today, Union Station opened one of the most important exhibitions in our history”, George Guastello, Union Station president and CEO, said. “Auschwitz. Not long ago. Not far away. is meant to stir the conscience of the world and ensure none of us ever stands by to let the seeds of hatred and indifference grow again. The consequences, otherwise, are devastating. Everyone should make plans to take advantage of this rare opportunity to learn profound lessons from the not-too-distant past.”

Auschwitz. Not long ago. Not far away. – nearly 6 years in the making — arrived in Kansas City as the second and final programmed stop in the U.S. tour before all the artifacts must return to Europe. Advance ticket purchases have already set a record for Union Station touring exhibitions with guests coming from 47 states.  Indeed, guest from near and far will encounter real, relevant and life-shaping truths.

“With the current and persistent priority locally, nationally and even globally regarding the transformative power of truth and healing, the timing of Auschwitz. Not long ago. Not far away., is particularly relevant and important,” Ramón Murguía, Union Station’s Board Chairman, said. “The seeds of hatred were scattered far and wide, methodically and tragically under the Nazi flag leading up to and through World War II.  And although evil was met head-on by the allies who ultimately defeated Hitler, some seeds remained.  That’s precisely why encounters with unvarnished history – as presented in this exhibition – are essential to ensuring diversity, inclusion and acceptance ultimately win. We recognize that loving each other as humans is the best way forward.”

Auschwitz. Not long ago. Not far away. features 20 thematic galleries covering the massive 20,000 sqf Bank of America Gallery. The story explores the dual identity of the camp as a physical location—the largest documented mass murder site in human history—and as a symbol of the borderless manifestation of hatred and human barbarity. 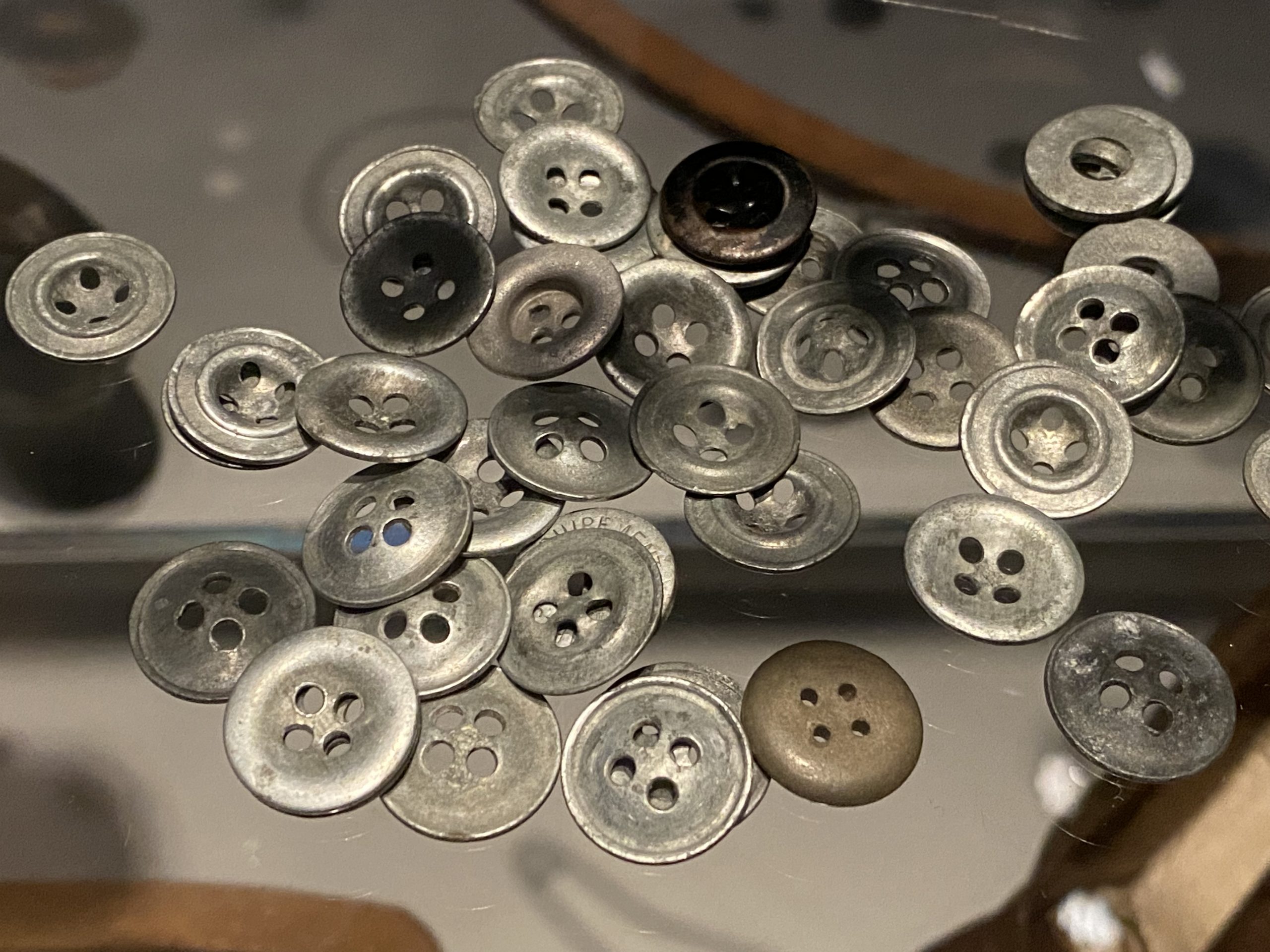 “Auschwitz did not start with the gas chambers. Hatred does not happen overnight: it builds up slowly among people. It does so with words and thoughts, with small everyday acts, with prejudices,” said Luis Ferreiro, Director of Musealia and the exhibition project. “When we had the vision to create the exhibition, we conceived its narrative as an opportunity to better understand how such a place could come to exist, and as a warning of where hatred can take us.”

The exhibition allows visitors to experience artifacts from the Auschwitz Memorial and Museum including hundreds of personal items—such as suitcases, eyeglasses, and shoes—that belonged to survivors and victims of Auschwitz.

“Auschwitz and the Shoah are not just another single, dramatic event in the linear history of humanity. It is a critical point in the history of Europe, and perhaps the world,” said Dr. Piotr M. A. Cywiński, Director of the Auschwitz-Birkenau State Museum. “While commemorating the victims of Auschwitz we should also feel moral discomfort. Antisemitic, hateful, xenophobic ideologies that in the past led to the human catastrophe of Auschwitz, seem not to be erased from our lives today. They still poison people’s minds and influence our contemporary attitudes. That is why studying the Holocaust shouldn’t be limited to history classes. It must become part of curricula of political and civic education, ethics, media, and religious studies. This exhibition is one of the tools we can use.”

Exhibition visitors will trace the development of Nazi ideology and the transformation of Auschwitz from an ordinary Polish town known as Oświęcim to the most significant site and symbol of the Holocaust—at which ca. 1 million Jews, and tens of thousands of others, were murdered. Victims included Polish political prisoners, Sinti and Roma, Soviet POWs, Jehovah’s Witnesses, and those the Nazis deemed “homosexual,” “disabled,” “criminal,” “inferior,” or adversarial in countless other ways. In addition, the exhibition contains artifacts that depict the world of the perpetrators—SS men who created and operated the largest of the German Nazi concentration and extermination camps.”

“Seventy-five years ago, after the world saw the haunting pictures from Auschwitz, no one in their right mind wanted to be associated with Nazis. But today, 75 years and generations later, people have forgotten, or they never knew,” said Ron Lauder, Founder and Chairman of the The Auschwitz-Birkenau Foundation Committee and President of the World Jewish Congress. “This exhibit reminds them, in the starkest ways, where anti-Semitism can ultimately lead and the world should never go there again. The title of this exhibit is so appropriate because this was not so long ago, and not so far away.”

Auschwitz. Not long ago. Not far away. was conceived by Musealia and the Auschwitz-Birkenau State Museum and curated by an international panel of experts, including world-renowned scholars Dr. Robert Jan van Pelt, Dr. Michael Berenbaum, and Paul Salmons, in an unprecedented collaboration with historians and curators at the Research Center at the Auschwitz-Birkenau State Museum, led by Dr. Piotr Setkiewicz.