Stolen Lives in Auschwitz. The talit of Solomon Krieser. - Auschwitz

An ordinary man deported to Auschwitz in 1942

Stolen Lives in Auschwitz. The talit of Solomon Krieser.

Solomon Krieser was just an ordinary man who quietly went about his life, making an honest living and practicing his faith.

Solomon was born near Oświęcim in 1896 and married his wife Perla in 1923. Not long after, they moved to Antwerp in Belgium where Perla made clothes that Solomon would sell. They had two daughters – Hilda and Hannah. The German invasion of Belgium in 1940 forced them to flee to France. However, along with many other refugees, they were rounded up by the authorities and sent to a French concentration camp, Riversaltes.

Eventually, due to the intervention of an Austrian nurse, the children ended up in the relative safety of Switzerland. Their parents weren’t so fortunate. Perla and Solomon were deported to Auschwitz in 1942, and murdered. Just before his deportation, Solomon sent his daughters the little money he had left and this tallit.

A Jewish boy is given his tallit at the age of 13; he also wears it when he marries and finally, he’s wrapped with it when he’s buried, the final rites in the care of the dead. Which means we shouldn’t be able to see this tallit now exhibited at Auschwitz Exhibition… It should be with Solomon Kreiser now, a dignity he was denied at Auschwitz. 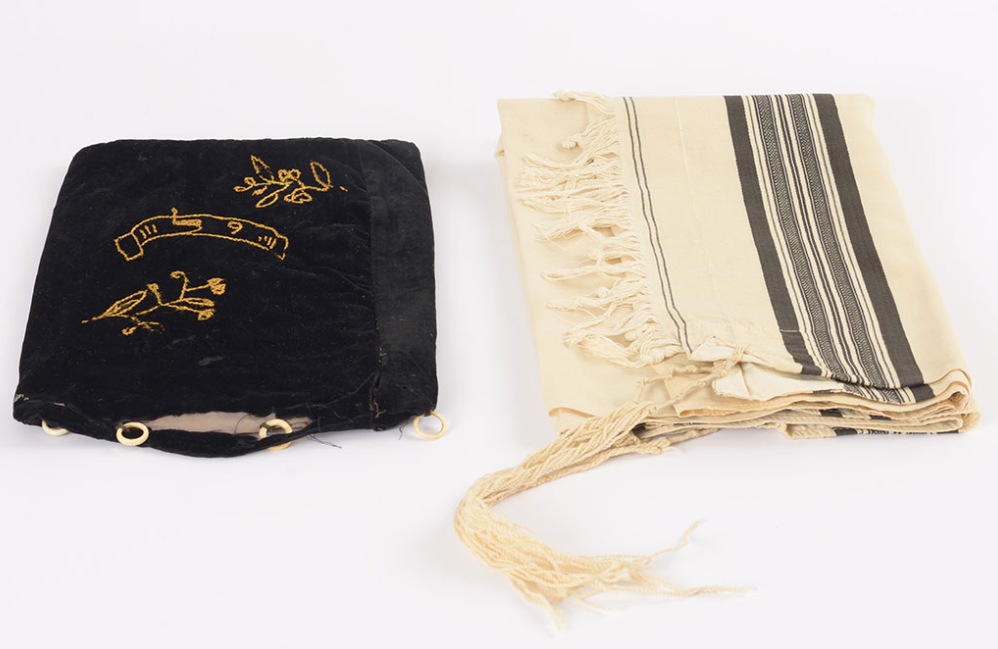