Zyklon B gas can 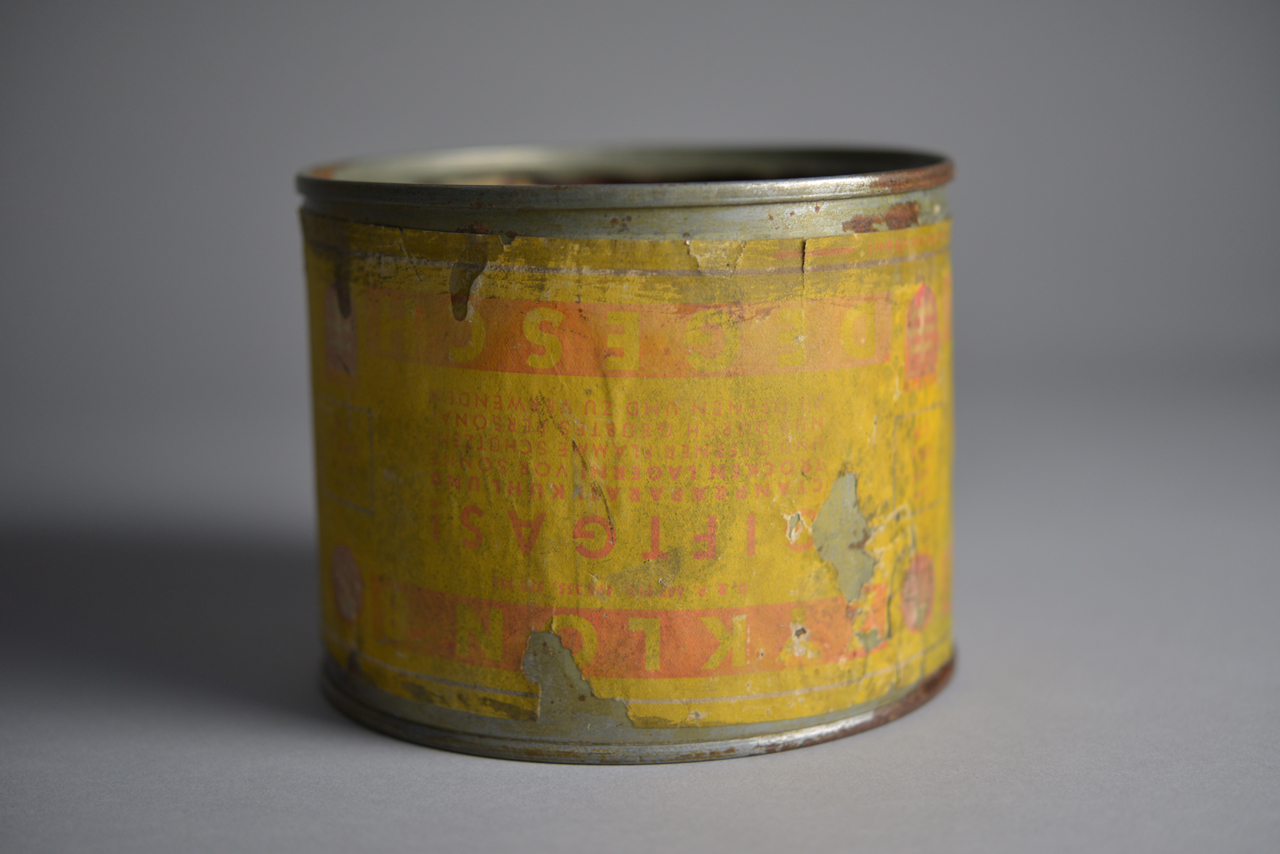 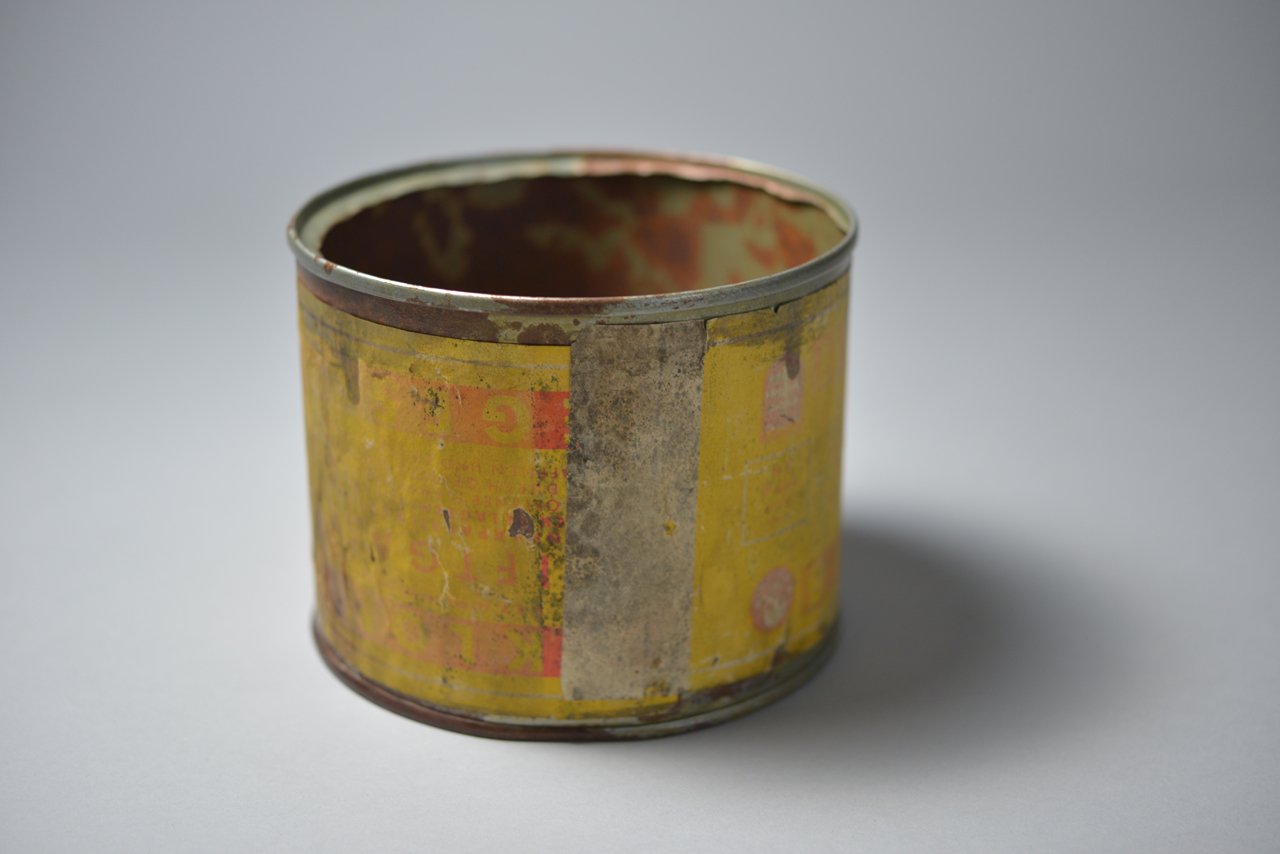 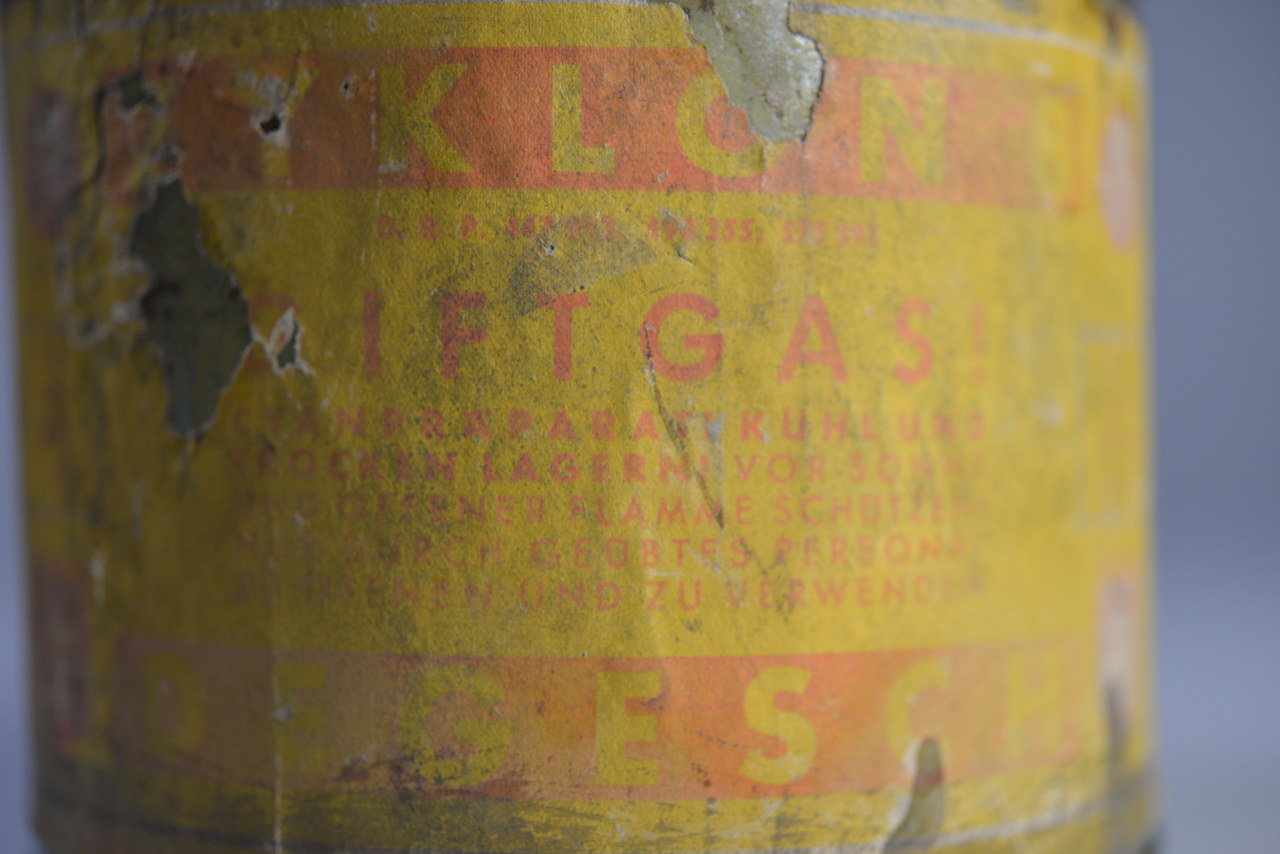 After setting in motion the ‘Final Solution to the Jewish Problem’, the Nazis went to great lengths to find a mass extermination method that allowed them to reach as soon as possible their goal to annihilate all the European Jewish.

Zyklon B gas, a pest-killer easy to transport and use, would soon became their best allied due to its efficiency and low cost.

On September 3-5, 1941 Auschwitz-Birkenau hosted the first experiments with this gas, used up to then against lice and other insects.

Some 600 Soviet prisoners of war and 250 Polish political prisoners were gassed in the basement of Block 11 in Auschwitz. The ‘operation’ was deemed overwhelmingly successful by Germans, who, henceforth, would use the same method to kill thousands of people on a daily basis.

Zyklon B was distributed in airtight tins. These contained pellets that, when exposed to air, released a poison (liquid cyanide) which could annihilate thousands of people in few seconds.

After penetrating the lungs through inhalation, Zyklon B caused in its victims excruciating pain, violent convulsions and, finally, a heart attack.