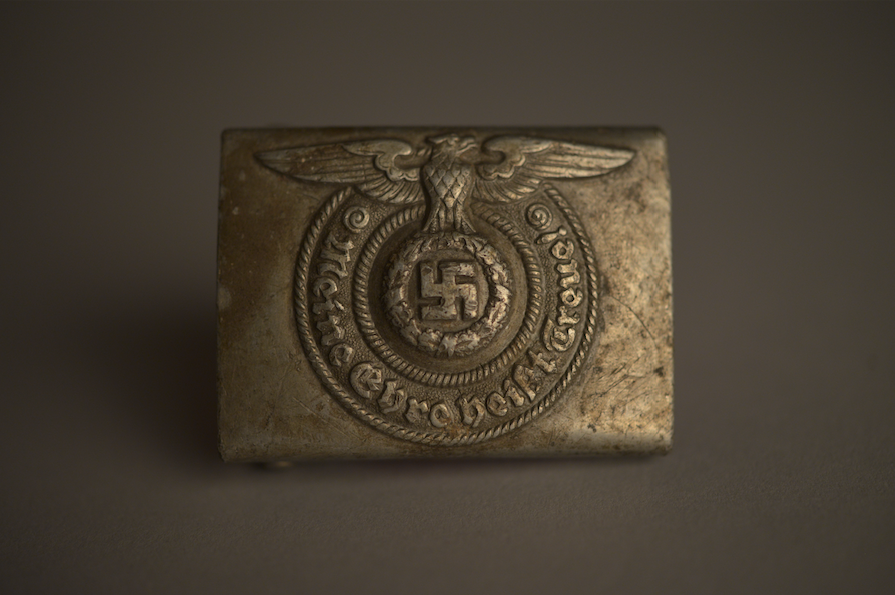 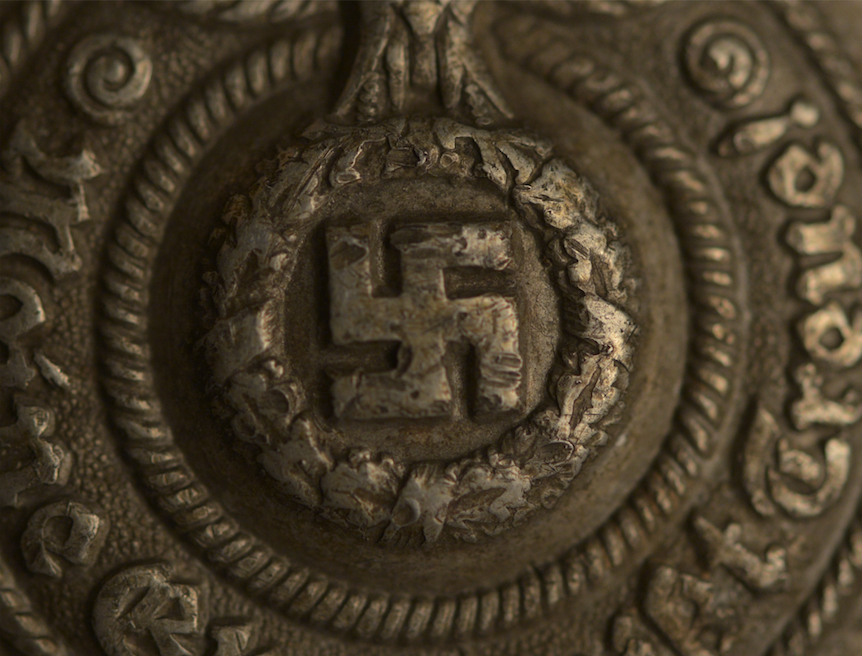 The members of the SS, an acronym for Schutzstaffel (Protection Squad), the executive arm of the Nazi Party, wore expensive and elegant uniforms tailored by German tailor Hugo Boss, member of both the Nazi Party and the SS, who was proud to be known as the “supplier for National Socialist uniforms since 1924.”

Every level of the Nazi leadership and every organization of the Nazi Party had its distinctive uniform, with different codification reflecting the status of the soldiers that wore them, but always full of Nazi iconography (as skulls or the Reichsadler, the imperial eagle) as a symbol of authority and source of awe and respect.

The SS admitted only physically fit and generally tall, blond, and blue-eyed German males who could prove they had pure “Aryan” ancestry. As the elite of the new racial state, the SS saw itself as the vanguard in the struggle against “the Jew.”

This buckle, from a guard stationed in Auschwitz, carries the SS motto: Meine Ehre heist Treue (My Honor is Loyalty).