Auschwitz Exhibition will remain on view at the Museum of Jewish Heritage – A Living Memorial to the Holocaust in New York until August 30, 2020.

October 24, New York, NY – After being visited by more than 106,000 people in its first 5 months, the exhibition Auschwitz: Not long ago. Not far away. will be extended at New York’s Museum of Jewish Heritage until August 30, 2020, it was announced today.

The project, produced by Musealia in collaboration with the Auschwitz-Birkenau State Museum, is the most comprehensive exhibition about Auschwitz ever presented. It shows more than 700 original objects from the largest and most lethal Nazi death camp, where approximately 1.1 million people were murdered, 90% of whom were Jews. 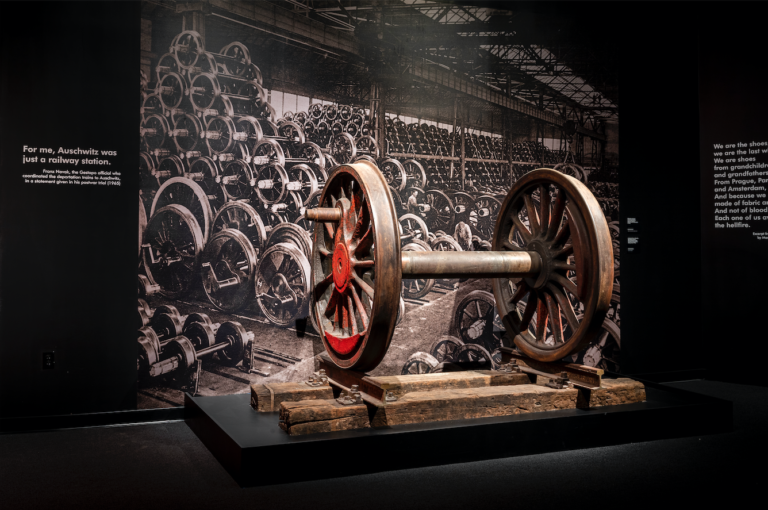 Among the objects on display — many being exhibited in North America for the first time — are an original barrack; concrete posts from the camp’s perimeter; never before displayed artifacts from the Anne Frank Foundation; and victims’ personal belongings such as suitcases, eyeglasses, and shoes. The objects, combined with film footage and audio commentary, not only tell a story of persecution, but also highlight the many ways in which ordinary people responded to the unfolding genocide through inspiring acts of resistance, resilience, and altruism.

The exhibition’s eight-month extension is in response to record visitor numbers at the Museum of Jewish Heritage since Auschwitz: Not long ago. Not far away. opened in May 2018, including more than 34,000 students.

Luis Ferreiro, Director of Musealia and the exhibition said, “We have been profoundly overwhelmed by the phenomenal visitor response in New York. Not only by the numbers themselves, but specially by the time visitors spend with us — on average 3 hours — and the care, attention and respect they show for this story”.

His view is shared by Bruce C. Ratner, chairman of the Museum of Jewish Heritage’s Board of Trustees, who said, “The number of adults and school visitors drawn to Auschwitz: Not long ago. Not far away. has been incredible”. He added, “This exhibition greets its visitors with a clear warning to be vigilant — to not allow this history to repeat and to never presume that it won’t”. 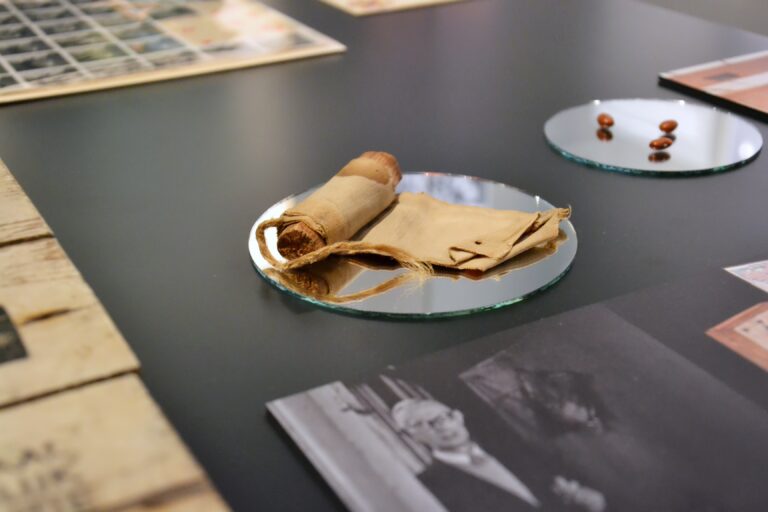 Reacting to the extension, Dr. Piotr M. A. Cywiński, Director of the Auschwitz-Birkenau State Museum, said, “I don’t think that there is a more important exhibition in New York right now. It explores the essence of mankind, analyzes the limits of what is human as well as asks important questions about our contemporary responsibility. I am glad people will be able to see it there longer.”

Auschwitz: Not long ago. Not far away. began its journey in Madrid in 2017 with many of the objects coming from the Auschwitz-Birkenau State Museum. Two years on, the exhibition continues to develop. During its stay in New York, the exhibition has been enhanced with the inclusion of nearly 100 rare artifacts from the Museum of Jewish Heritage’s collection. While other institutions have also provided objects that illustrate the experience of survivors who found refuge in greater New York.

Additionally, survivor families continue to come forward to loan precious private items with the aim of spreading the lessons of Auschwitz. “This exhibition is dynamic. Already large, it continues to acquire new artifacts over the course of its life, such as the shofar clandestinely used in Auschwitz that was unveiled in September 2019 ahead of Rosh Hashanah (Jewish New Year),” said Jack Kliger, the Museum of Jewish Heritage’s President & CEO.

Following its New York residency, the exhibition is intended to tour other cities around the world. Musealia and the Auschwitz-Birkenau State Museum will announce the next destination in the coming months.