Since its opening on 26 May, more than 60,000 people have visited the important and moving exhibition Auschwitz. Not long ago. Not far away. at Malmömässan. Now, due to popular demand, the exhibition in Malmö will be extended until 29 January 2023.

“I don’t think there is a more important exhibition in Scandinavia right now. It explores the essence of humanity, analyses the limits of what is human and asks important questions about our contemporary responsibilities. I’m glad people will be able to see it there for longer”, said Dr Piotr Cywiński, director of the Auschwitz-Birkenau State Museums. 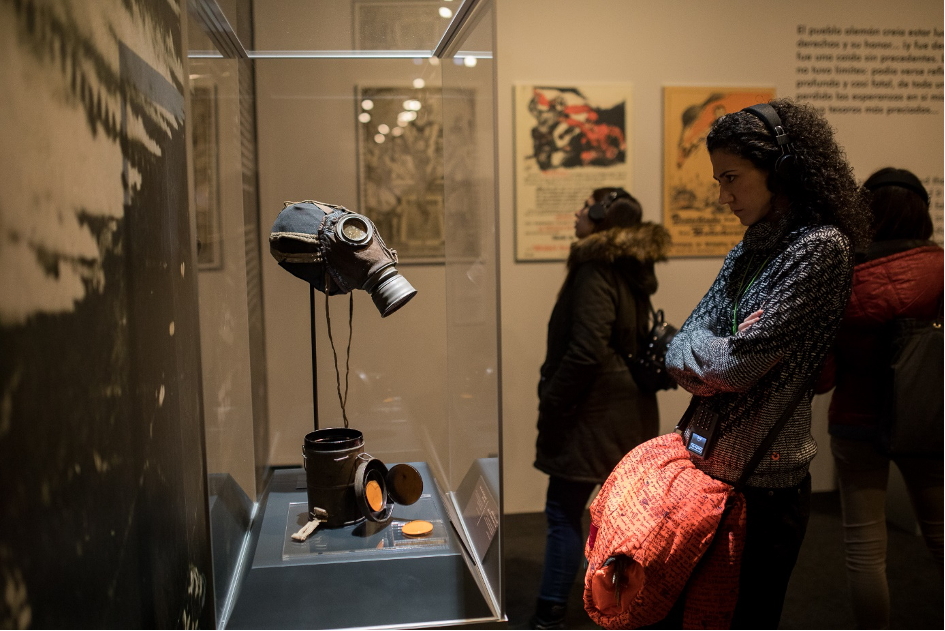 The exhibition will be on display at Malmömääsan in Malmö until 29 January 2023.

THE EXHIBITION IN MALMO

During the exhibition’s stay in Malmö, various Scandinavian museums and institutions will also participate, lending impressive objects from their collections, including the Army Museum, the Danish Jewish Museum and Malmö Museer.

These objects, which include personal items from regional victims and survivors, will help to explain the role of Sweden and the rest of Scandinavia during the Second World War.

The exhibition is also collaborating with the Forum for Living History, a Swedish agency that uses the Holocaust and other crimes against humanity to work on issues of tolerance, democracy, and human rights, to organize a series of public and educational programs. These will feature experts on the Holocaust and will be available both in person and online throughout the exhibition.

The extension of the exhibition by four months is a consequence of the high demand. In less than three months, the exhibition has attracted 60,000 visitors to the Malmö Exhibition Centre, 25,000 of whom are students.

“We have been deeply overwhelmed by the phenomenal visitor response in Malmö. Not only by the numbers themselves, but especially by the time visitors spend with us – an average of 2.5 hours – and the care, attention, and respect they show for this history,” says Luis Ferreiro, CEO of Musealia and Exhibition Director.

Auschwitz. Not long ago. Not far away. began its journey in Madrid in 2017 with more than 700 real objects, the majority coming from the Auschwitz-Birkenau State Museum. Malmö is the fourth stop including Madrid, New York, and Kansas City.