When reflecting on Jewish resilience during the Holocaust, we sometimes fall into the mindset of focusing mostly on physical resistance, such as the partisans or the Warsaw Ghetto Uprising and other heroic acts. While of course, such efforts are inspiring, there is important meaning in highlighting examples of Jewish spiritual and cultural understandings throughout the war years. At the Amud Aish Memorial Museum, we emphasize the struggles that millions of Jews faced during the Holocaust, in the context of their faith-based practices and beliefs. These struggles show us a different way to frame and understand the persistence of Jewish resilience in Auschwitz.

One of the moving items in Amud Aish Memorial Museum’s collection is a small tzitzit found in Congregation Anshei Chesed, in the Jewish ghetto in Berehove, Hungary. In 1944, on the final day of Pesach, 12,000 Jews from Berehove and the surrounding area were forced into the ghetto. Of these 12,000, a young child was wearing his tzitzit. We do not know the name of the child. We do not know what happened to him. In spite of this, the power of the object emerges in spite of the absence of providential evidence. 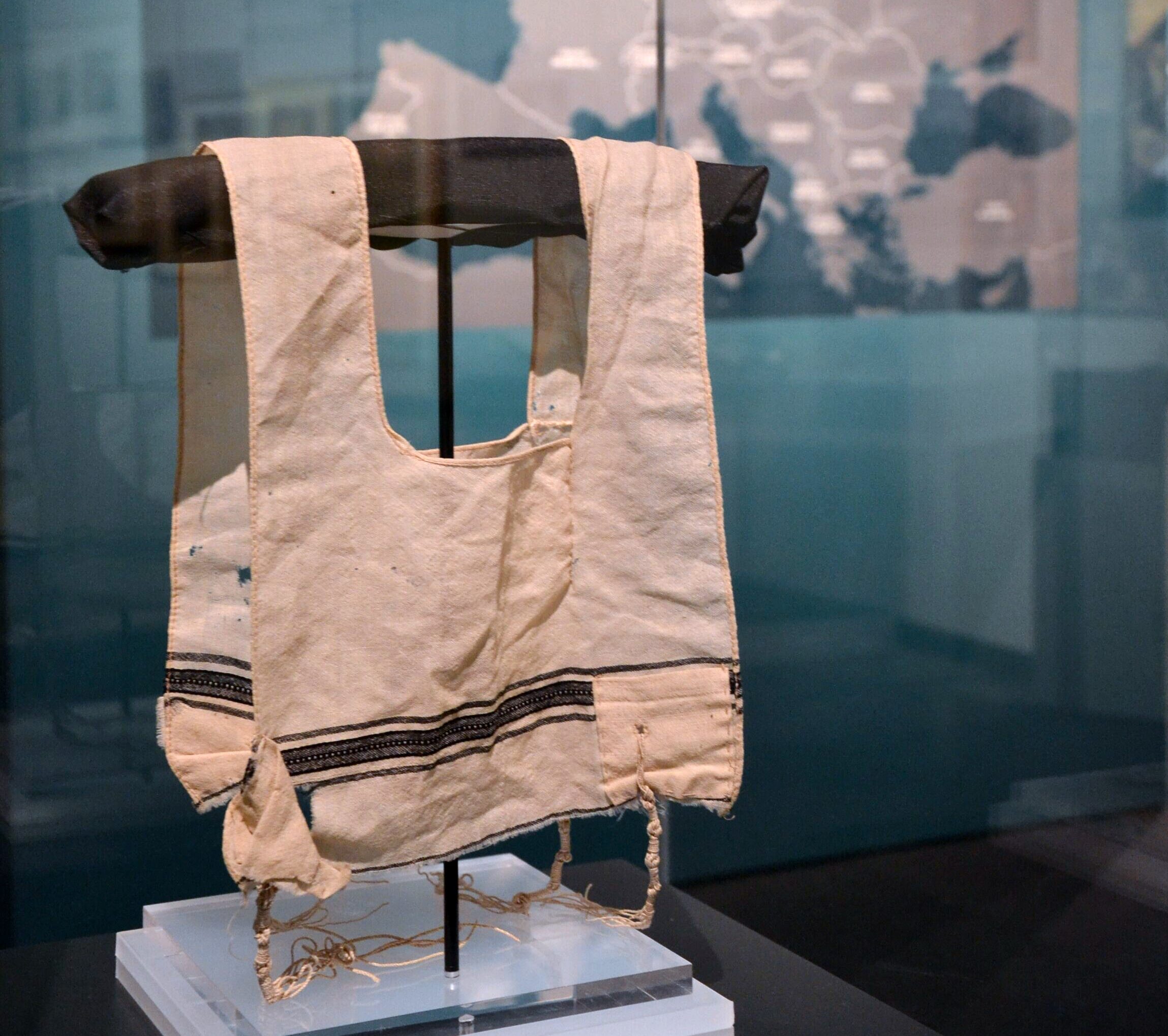 A small tzitzit found in Congregation Anshei Chesed, in the Jewish ghetto in Berehove, Hungary 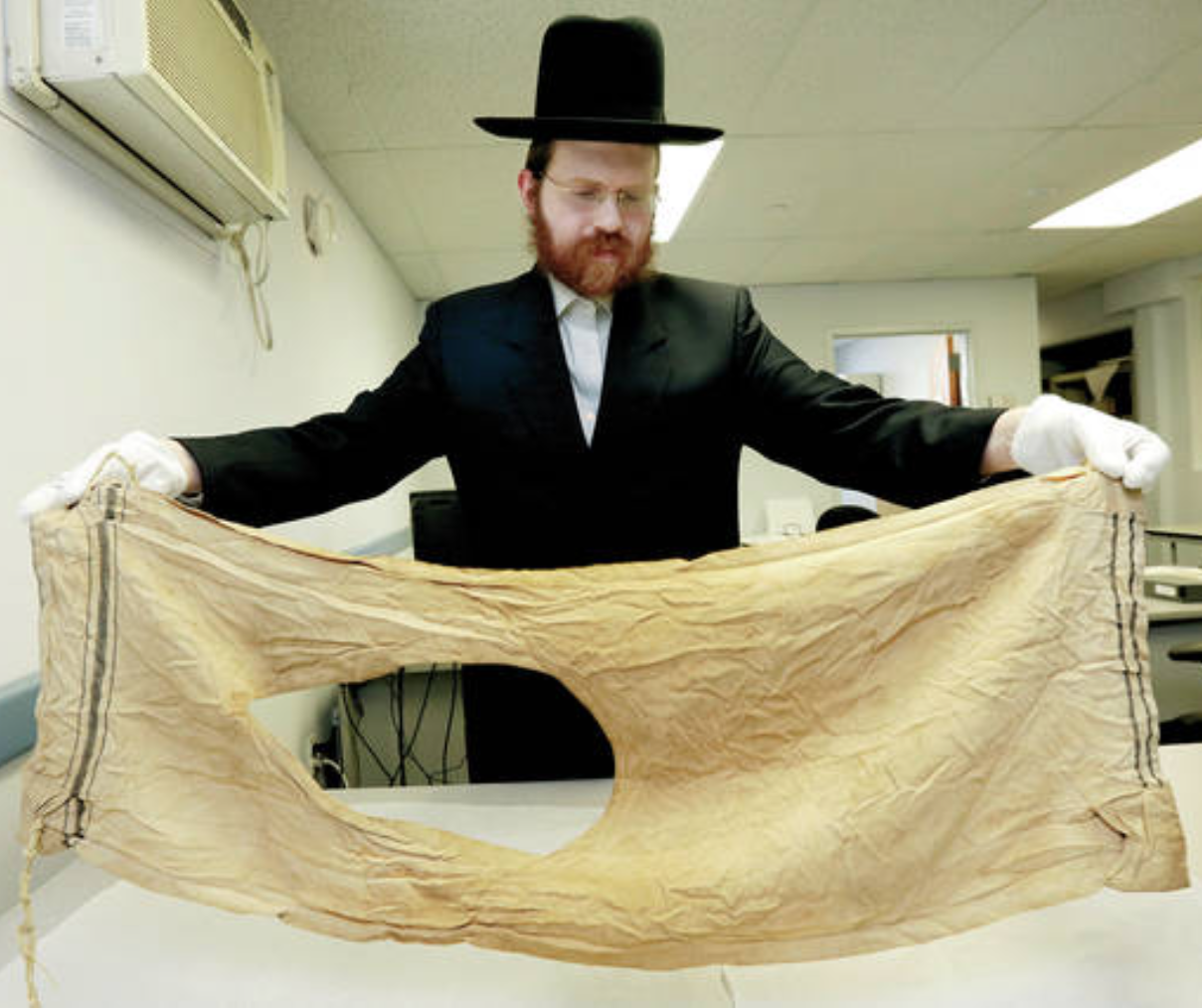 The tzitzit remains a profound testament to the legacy of the perished and survivors.

Absence makes us focus on the ritual practices associated with child suited object. It was sewn for a young child, and as tradition dictates, it was customarily worn by Jewish males. We can deduce, from the timeline of the Hungarian deportations, that this anonymous child wore his tzitzit, in the last days, weeks, and months of his life. Nazi policy demanded that all Jewish children be especially targeted for murder. The Jews of Berehove were sent to Auschwitz in May 1944. Eighty percent were killed in the Holocaust.

Another powerful religious artifact in the Amud Aish collection is a tzitzit with a very different narrative. Contrary to the previous child’s tzitzit, the adult artifact has extensive provenance. It belonged to Mendel Landau, originally from the town of Oświęcim, Poland. Mendel Landau was a Bobover Chassid. At 18 years of age, he was a slave laborer in the Annaberg and Greiditz camps, tasked with the construction of Auschwitz I. In early 1944, after years of hard labor, he was sent back to Auschwitz. This time, not as a slave laborer, but as a prisoner.

Mendel Landau's talit from Amud Aish collection for 'Auschwitz. Not long ago. Not far away.' exhibition.

Mendel Landau kept this tzitzit until his death on Erev Rosh Hashana of 2008. The tzitzit remains a profound testament to the legacy of the perished and survivors: Jews committed to their faith and identity. 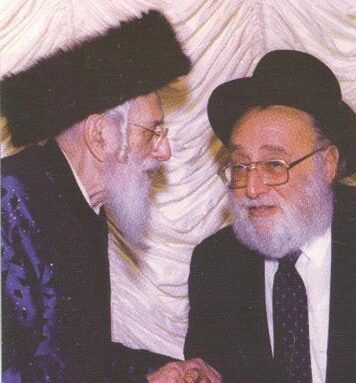 Berish Erlich was the 7th of 8 children of a well-known Orthodox family in Warsaw. The family managed to spend the early days of the ghetto hidden in an attic. After moving to a different location, their hiding place was betrayed by a neighbor, who notified the Gestapo. Twenty-four out of the twenty-six persons hiding in the attic were murdered. 15-year old Berish Erlich and his father were kept alive for the sole purpose of taking the corpses from the attic to the street below. Berish Erlich’s father was taken to Treblinka, where he was murdered. Berish Erlich remained in the ghetto until the Warsaw Ghetto Uprising. He was then deported to Majdanek, Auschwitz, Sachsenhausen, and finally Ohrdruf.

Like many survivors of the concentration camps, Berish Erlich was a refugee who found housing, solace and a Jewish community in the displaced persons camps which opened throughout Germany, Austria, and Italy. While in the Landsberg Displaced Persons camp, in the American Occupied Zone, Berish Erlich became a member of the Rabbinical Council of Landsberg and established himself as a valuable mediator between the displaced persons and the American military authority. He was known as a melitz yosher, defender of the Jewish people, for his work on behalf of Jews in Landsberg.

Testimony by Holocaust survivors, whether through diaries, memoirs or audio/visual media, are crucial additions to the historical record. Berish Erlich survived the Warsaw Ghetto and Auschwitz. He recorded his experiences in an extraordinary memoir.

While in Landsberg, Berish Erlich took English classes, during which he wrote the memoir. The memoir is written in English, Yiddish, and German, on an American Army-issued accounting ledger. On the inside cover of the book Berish thanks his English teacher for encouraging him to record his experiences. He wrote his memoir from a detached, objective perspective, like someone giving an official witness testimony. There are no references to his personal experiences, though he is describing barbarous events that clearly included his own physical suffering. He surveys events steadily, unfalteringly. He confronts the horrors as if it is a preparatory recounting for judgment. 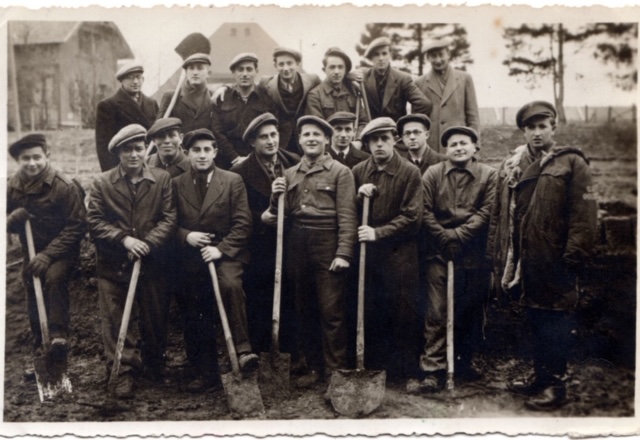 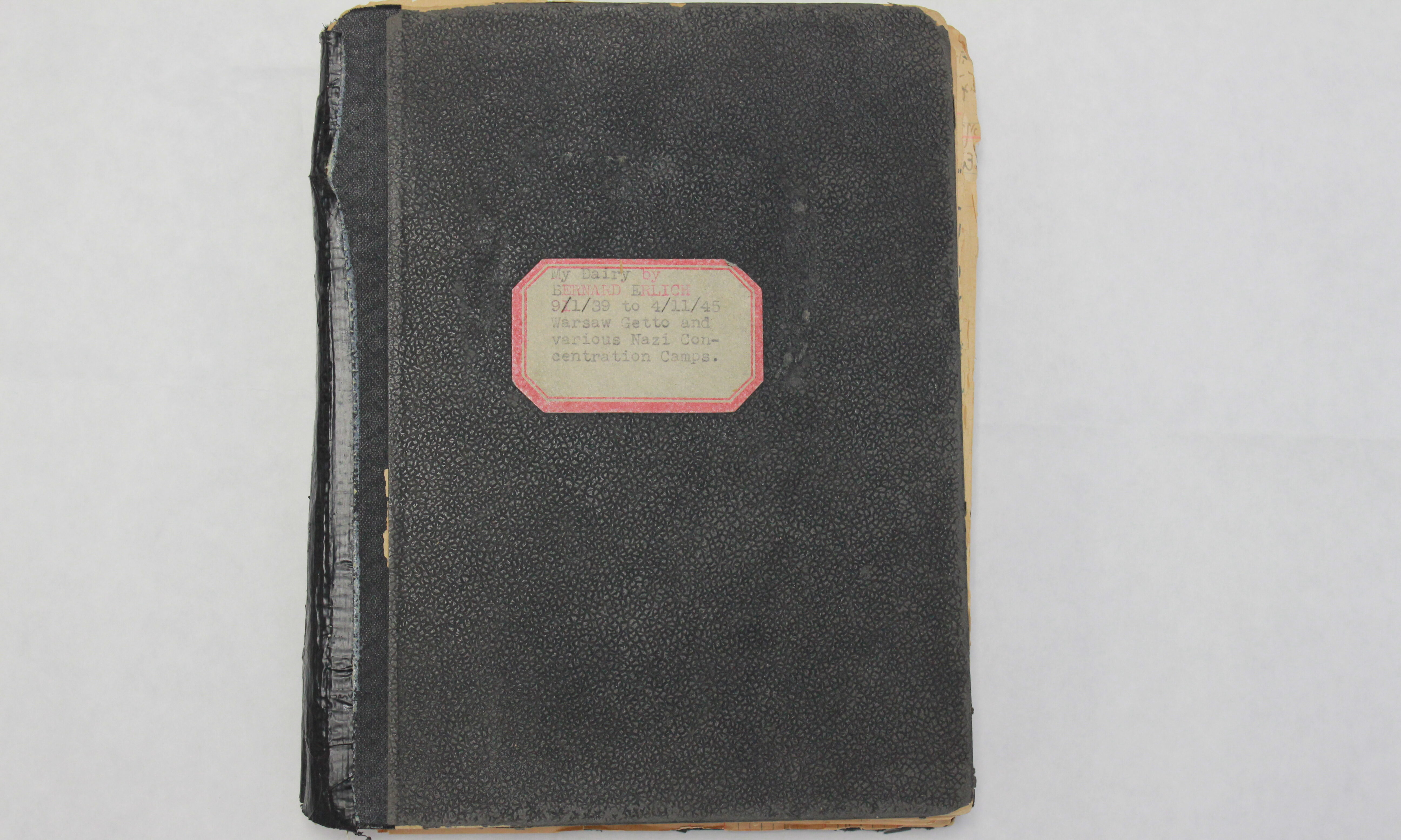 When reflecting on these similar and dissimilar artifacts, we can discern a very different Jewish faith-based thematic connection to the Auschwitz. Not Long Ago, Not far Away exhibit at The Museum of Jewish Heritage. These 3 artifacts are tied to Jewish Halachic practices, as witnessed in the meaning and donning of the tzitzis, as well in the way in which Berish Erlich composed his memoir as if it were evidentiary material for a Religious Court, a B’het Din, a venue for appealing to divine justice. In this regard, these artifacts and their associated practices are of the utmost meaning to orthodox visitors to this exhibit. These objects merge both past and the present (Not Long Ago, Not Far Away) through faith-based cultural conduits, which offers a yet different way to understand the Jewish faith-based experience of the Holocaust.

This article has been written by Amud Aish Memorial Museum.  All copyright reserved.