Auschwitz Exhibition Opens in Malmö for a limited time - Auschwitz

"Auschwitz" Arrives in Malmö, Sweden, its Only Scandinavian Stop

The exhibition – opened today after surpassing 35.000 pre-sold tickets – features more than 700 original artifacts on loan from more than 20 international institutions, many of which are being displayed in Scandinavia for the first time.

Malmö, Sweden – May 26, 2022 – Today, the MalmöMässan Exhibition and Congress Center opened the most comprehensive traveling exhibition about Auschwitz ever offered, Auschwitz. Not long ago. Not far away. The groundbreaking exhibition will display more than 700 original objects from the largest and most lethal German Nazi camp, the majority coming from the Auschwitz-Birkenau State Museum. It also displays artifacts from more than 20 international institutions and private lenders.

Auschwitz. Not long ago. Not far away, that has so far reached more than one million visitors during its runs in Madrid, New York and Kansas City, was created by Spanish international exhibition producer Musealia and the Auschwitz-Birkenau State Museum in Poland. During its stay in Sweden, it will be hosted by Nordic Exhibitions and supported by Malmö Stadd; the region of Skåne; educational partner Forum för Levande Historia (Forum for Living History); and travel partner SJ.

This moving and accurate tour through one of the darkest chapters of the history of humankind explores the dual identity of the camp as a physical location — the largest documented mass murder site in human history — and as a symbol of the borderless manifestation of hatred and human barbarity.

Auschwitz. Not long ago. Not far away. will run in Malmö until September 2022. Tickets are now available at www.auschwitz.net. 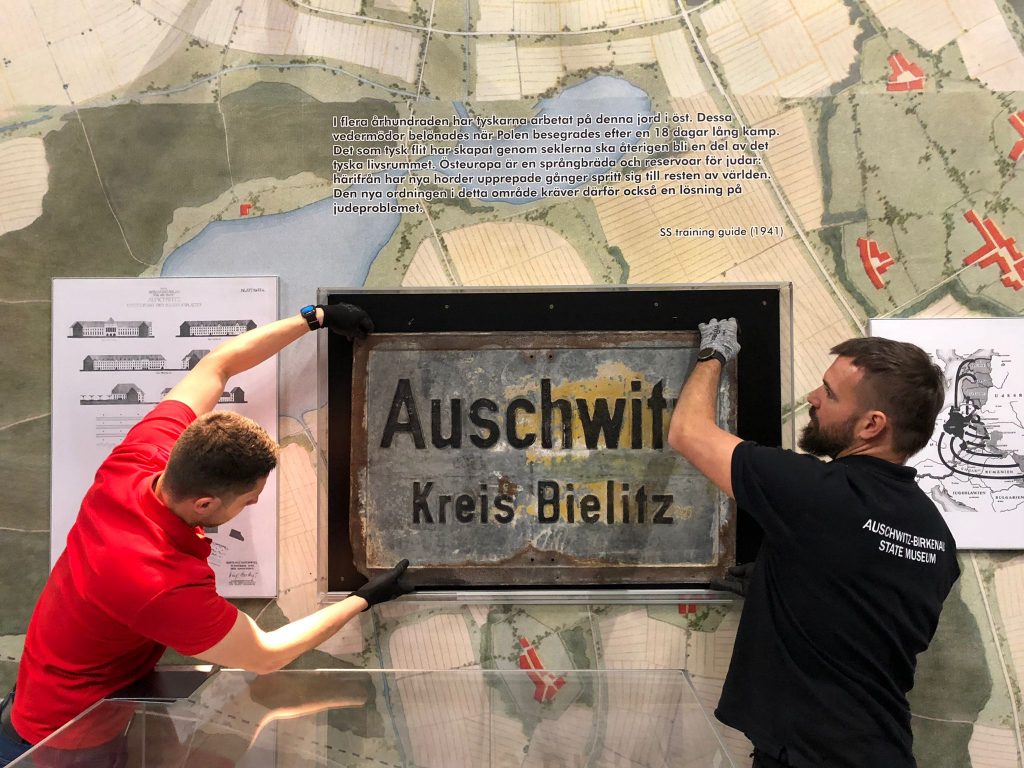 Auschwitz. Not long ago. Not far away. was conceived and developed by Musealia and the Auschwitz-Birkenau State Museum. Its curatorial team includes world-renowned scholars Dr. Robert Jan van Pelt, Dr. Michael Berenbaum, and Paul Salmons, in an unprecedented collaboration with historians at the Research Center at the Auschwitz-Birkenau State Museum, led by Dr. Piotr Setkiewicz.

“In today’s world, in which we witness the return of cruel war scenes in Europe, in which Russia invaded innocent Ukraine, but where we also observe disturbing symptoms of racism, antisemitism, and the influence of ideologies of hatred, Auschwitz must remain a clear warning sign” stated Auschwitz-Birkenau State Museum Director, Dr. Piotr M. A.  Cywinski. “This sign must lead us all to reject the temptation of indifference, deepen our moral unrest and work for a more just, peaceful, and humane world” he said.

Besides the Auschwitz-Birkenau State Museum, 20 other museums, institutions and private collectors all over the world have lent part of their personal collections to be shown in a limited number of world capital cities.

These include Yad Vashem – The World Holocaust Remembrance Center in Jerusalem (Israel), the United States Holocaust Memorial Museum in Washington DC (USA) and various other Holocaust museums in North America and Europe. Several survivors and private collectors are also actively involved in this project, having donated some personal objects of great historic and human value.

In this sense, the exhibition allows visitors to experience artifacts including hundreds of personal items — such as suitcases, eyeglasses, and shoes — that belonged to survivors and victims of Auschwitz. Other artifacts include concrete posts that were part of the Auschwitz camp fence; fragments of an original prisoner barrack from the Auschwitz III-Monowitz camp; a desk and other possessions of the first and longest-serving Auschwitz commandant, Rudolf Höss; a gas mask used by the SS; and, among other artworks, Picasso’s lithograph Head of the Auschwitz Prisoner.

“Before the pandemic, the number of visitors coming to Auschwitz Memorial from Scandinavia reached even almost 100.000 people annualy. But many more, for many reasons, will never be able to visit the site. This exhibition represents a unique opportunity to encounter this story in Malmö, its only stop in Scandinavia” stated the Exhibition’s and Musealia’s director, Luis Ferreiro. “We come here to tell a story. A very difficult but necessary one, of how such a place could come to exist. Because making sense of our past might be the best way to actually have a profound understanding of our present.” he added.

Swedish Clothes Hangers (1943). Original in the collection of the Danish Jewish Museum.

THE EXHIBITION IN MALMÖ

During the exhibition’s stay in the city of Malmö, different Scandinavian museums and institutions are also participating, lending some impressive objects from their collections, including the Armé Museum, The Danish Jewish Museum and the Malmö Museums.

These objects, that include personal items from regional victims and survivors, will help explain the role of Sweden and the rest of Scandinavia during World War II.

The exhibition is also partnering with Forum for Living History, a Swedish public authority that uses the Holocaust and other crimes against humanity to work on issues such as tolerance, democracy and human rights, to host a series of public and educational programs. These will feature experts on the Holocaust and will be available both in person and online throughout the exhibition’s run.