San Sebastián, 7th May 2020 – On the eve of 9th May, Europe Day, the European Commission and Europa Nostra have awarded the exhibition ‘Auschwitz. Not long ago. Not far away’ created by the Spanish company Musealia and the Auschwitz-Birkenau State Museum in Poland, the most prestigious award in the field of European Heritage, the European Heritage Awards / Europa Nostra Awards 2020, within the “Education, Training and Awareness-Raising” category.

This award recognises the significant educational and social work of this travelling exhibition, which provides those who cannot visit the Auschwitz Memorial in person with a comprehensive perspective of the complex history of the place, as well as of the fate of the more than 1.3 million people, mostly Jews, who were deported there during Nazism. 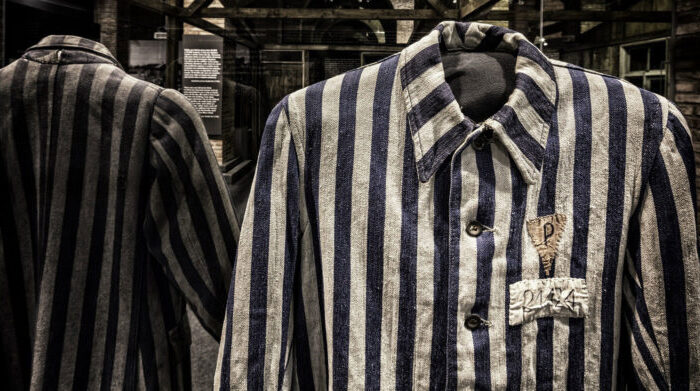 According to the jury, “this educational and awareness-raising project preserves the memory of one of the most terrible episodes in human history and is based on exhaustive and scientific historical research. Its content is transmitted in an accessible and direct way to different audiences without simplifying its importance, having already received, in addition, an impressive number of visitors.” A figure that, for its launch at the Arte Canal Exhibition Centre in Madrid in 2018, exceeded 600,000 people after being extended twice, making it one of the most visited exhibitions that year in Spain.

After the results of the EU-organised contest were announced, Luis Ferreiro – Musealia’s CEO and exhibition director — said, “Europe is built on the moral ruins of Auschwitz. It is not possible to understand the space of freedom, democracy and safety that we share today as Europeans, without confronting this history. It happened in the heart of Europe, barely a generation ago. This recognition encourages us to carry on preserving this essential heritage of common memory, bringing its history and its message to citizens around the world”.

The exhibition is a partnership with The Auschwitz-Birkenau State Museum – its Director Piotr M. A. Cywiński said “This recognition is an important sign. The exhibition has been extremely well-received by the public, as well as by the educational community and the media. It is a good, modern and profound exhibition on the history of the camp and its victims. Today, for me, it is of the greatest importance that the story of dehumanization of victims reaches the essence of our post-war identity.”

“Despite the international development epidemic, every step we take to create a safer and more humane world, one that respects human rights, is progress against the ideologies of hatred, racism, antisemitism and xenophobia,” he emphasised.

This decision also highlights the important role of social networks in the project, which “reach a younger audience and keep the memory of the Auschwitz victims alive”, as cited by the awards organisers as one of the reasons for this recognition.

“The exhibition opens the way for increasing knowledge, compilation and interpretation of existing documentation. Its design has also managed to recreated the emotional experience of visiting the remains of Auschwitz: quite a challenge for a travelling exhibition that has been achieved, in part, thanks to the richness of its content,” commented Europa Nostra.

‘Auschwitz. Not long ago. Not far away’ is currently housed in the New York Museum of Jewish Heritage – A Living Memorial to the Holocaust, and displays over 700 original objects found at Auschwitz and never-before-seen documentation relating to the Holocaust. Among them, structural elements of the camp, such as a section of a barracks belonging to Auschwitz III-Monowitz, or some of its concrete posts and barbed wire, as well as a plethora of small personal objects from some of the victims and perpetrators of the largest German Nazi camp.

Most of this collection comes from the Auschwitz-Birkenau State Museum, although another 20 international museums and institutions have participated and donated objects, such as the Anne Frank House (Netherlands), the Wiener Library (United Kingdom), Yad Vashem (Israel) or, among others, Hartheim Castle Education and Memorial Centre (Austria), “as a fine example of public-private collaboration between non-profit organisations and companies.” This committee, made up of heritage experts from all over Europe, has evaluated dozens of applications submitted by individuals and organisations from 30 different countries.

Following the announcement of the winners for different categories of the European Heritage Awards / Europa Nostra Awards 2020, the public can now vote online for their three favourite projects to decide the winner of the Public Choice Award, which will be announced after the summer.

“These exemplary award-winning projects demonstrate that cultural heritage is vital for our mental and physical recovery from the trauma caused by the COVID-19 pandemic. Our shared heritage and its custodians can contribute in many ways: from making cultural content accessible via digital solutions, to undertaking restoration and renovation works as an act of social and economic revival for our cities and towns,” said Hermann Parzinger, Executive President of Europa Nostra.